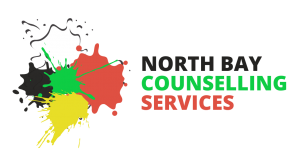 Question: We want to develop an anti-oppressive policy for Transpeople. Could you please clarify the difference between gender identity and gender expression?

Answer: To break down oppression we must understand how we are viewing the world from our own standpoint, so we often do not understand how the standpoint of others. In addition, people’s thoughts and even feelings about their gender identity can be extraordinarily complex and change at any time: *

Gender identity: Is how everyone, not just Transpeople, defines their gender. It is our internal awareness of how we see ourselves and how we vocalize that idea to others. We see ourselves as male or female, transgender, androgynous, demi -girl, butch, feminine, tomboy, neither or either, both or none of the above. Gender assignment does not equal gender attribution or gender identity because gender functions independently of people’s physical bodies and what is often defined as one’s “sex”. Gender identity is normally taken for granted, as in “I am a woman”. However, if you ask that “woman” how she knows she is a woman, she might struggle to answer the question. Gender identity is personal and can change with how we identify, how we feel, how we like to dress, or even a preference for a different or particular gender role. Gender identity is not influenced in any way by the addition or subtraction of biological criteria, and it also functions independently of sexual orientation, which is who a person might desire or be attracted to.

Because I mentioned gender assignment, I have included a definition here.

Gender assignment: What the doctors and nurses told your parents you were at birth. What you have been told you are all your life. Gender assignment is determined by the presence of a penis (male) and also the absence of a penis (female) as the “outside” genitals are all that is looked at. If the genitals are confusing, then a gender attribution will not happen until the examination of other criteria. For example, a macro penis may in fact be an enlarged clitoris and may indicate an intersex child. If the child turns out to be a male child with a macro penis the doctors may decide to make the child female and thereby make a gender assignment of female and make the necessary corrections to the child’s anatomy to verify that gender assignment.

And since I mention gender attribution, I have included the definition here.

Gender attribution: What we do when we meet someone or see someone for the first time. We size them up, check them out and determine what their physical characteristics and mannerisms are and then give them or take away power accordingly – (we are not aware that we are doing this). The gender attribution is based on cues, norms, and values and not on our genital contraptions, such as external/internal criteria, (who has breasts or not, sperm or eggs, who is XX, XY, XYY, XXY, XXXY, XXXY the list goes on). Once the attribution is made, we assume they “have the right parts”, as in a penis or not. Even when we find out the “right parts are missing”, as in a “woman” who had a hysterectomy and therefore “is missing” a uterus, we do not change our attribution and say, “Oh she doesn’t have a uterus, therefore she is not a woman.” If they have different internal organs, as in an intersexed person, then we see that difference as a mistake that needs correcting. However, in our everyday lives we never attribute someone’s gender based on internal organs, simply because we cannot see them. The attribution one makes is never seen as a mistake. Most people are uncomfortable with others until they have made a gender attribution. So, you pass someone in the hall, your mind connects with that image and you “see a man”. And part of that unconscious thought is accompanied by the assumption they have a penis, but “naturally” you are not thinking, “Oh they have a penis”. Until you discover through gossip a “man” in fact does not have a penis, then they are no longer a man. Or you assume that a masculine looking woman is a “man dressed as a woman” and therefore has a penis, when in fact that woman may not have one at all.

Gender expression, while this is like gender identity, it is not the same. Gender expression is our performance; it is HOW we do our gender. It is how we show everyone what we are and WHO we are. It is also how other people describe us, illustrate us, and know us. Thus, one’s gender expression could be masculine, Butch, feminine, Femme, or masculine feminine, boyish/boish, girlish/grrrly, androgynous non-binary – the list goes on. For example, a butch may have a masculine or NOT feminine gender expression but identify themselves as a woman or female or as a Transman. A transgender person usually needs to show their gender expression to complete their gender identity, and this is often done through hair, make up clothes, cars, homes, work etc. Once again, everyone has a gender expression, and we usually only oppress someone for their gender expression when they are different and sit outside the box of what we have determined to be normal, (based on discursive practices and text mediated practices) and we have an uncomfortable feeling inside us. Chances are we would not be uncomfortable around a “woman” who transitioned to a “man” and now looks like JOHN WAYNE; but we are uncomfortable around a “man” who transitioned to a “woman” but still looks like JOHN WAYNE.

* I recognize I am using some language that may be offensive to some trans people; however, trying to clarify physical presentations with text-mediated definitions is always complicated.

So now, how do we understand this and apply it? Well, we compare those definitions to how we understand people around us. It helps to personalize it. A good example is looking at some people with different identities and gender expressions. It is important to remember that before Transpeople transitioned they often present a different gender expression from their gender identity. Therefore, we are surprised when a person assigned as male at birth, “comes out” as identifying as a woman. We are shocked because she presented her gender expression as masculine for so long, so we never stopped to think that perhaps she may have always had a different gender identity, perhaps a female gender expression that she just never showed or talked about. 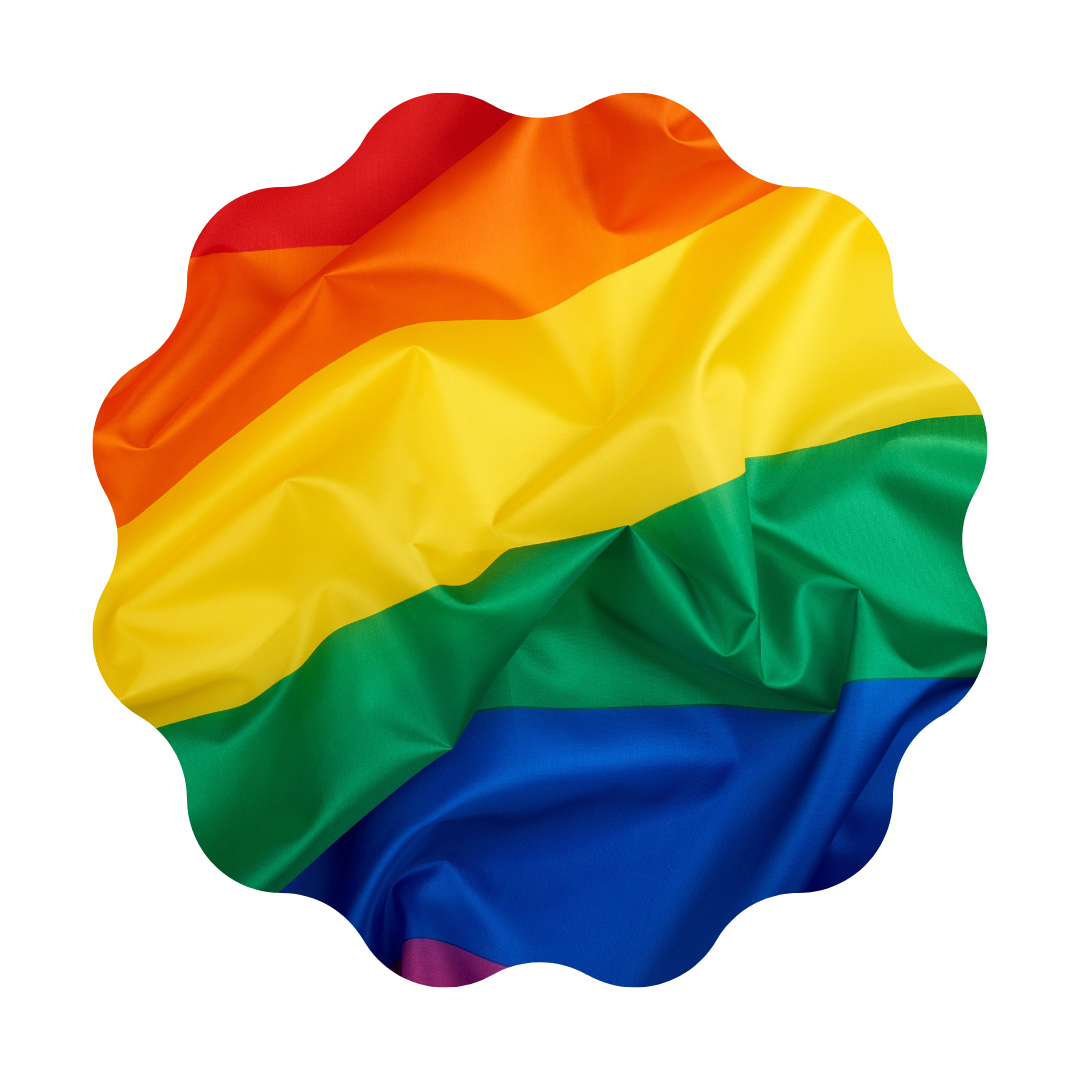 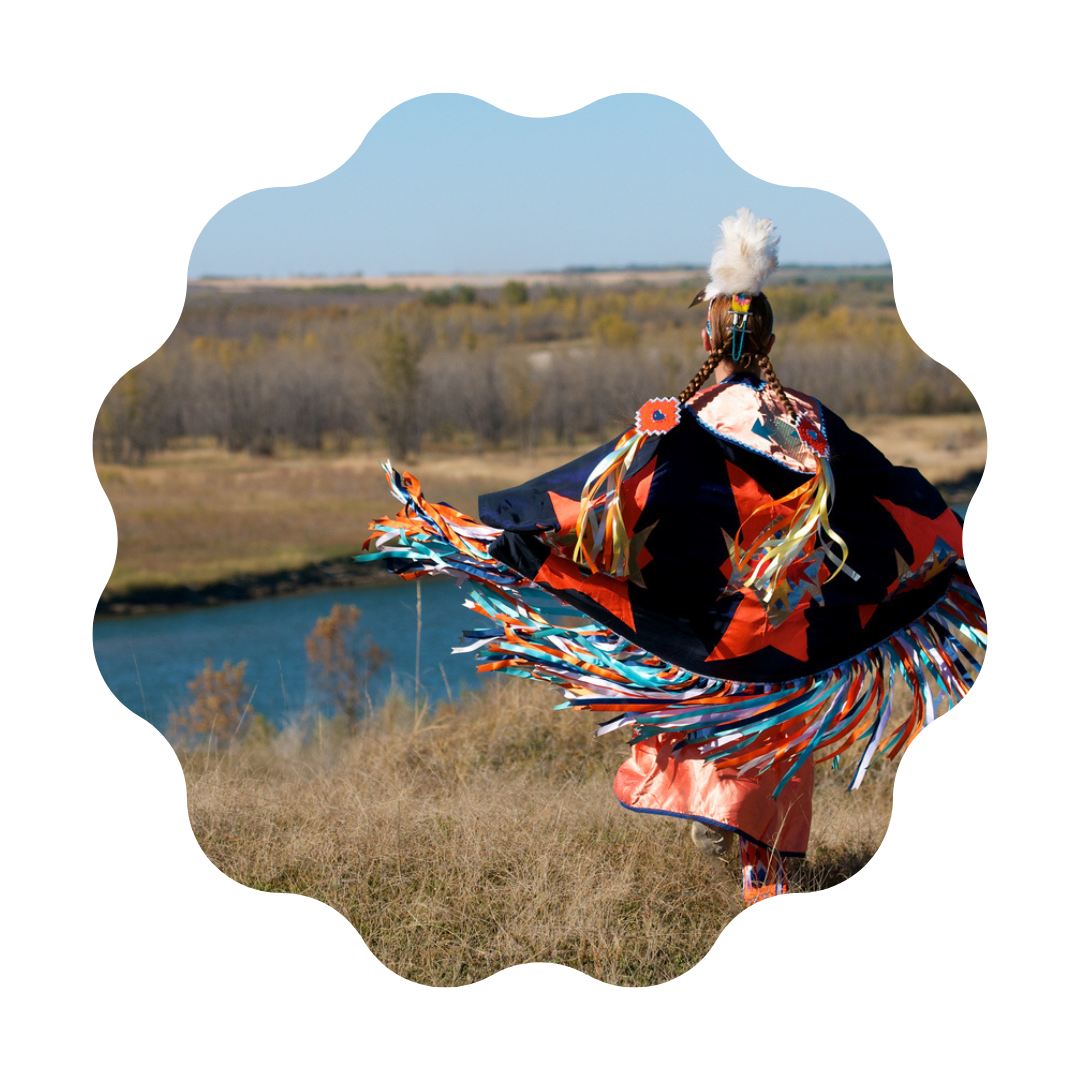 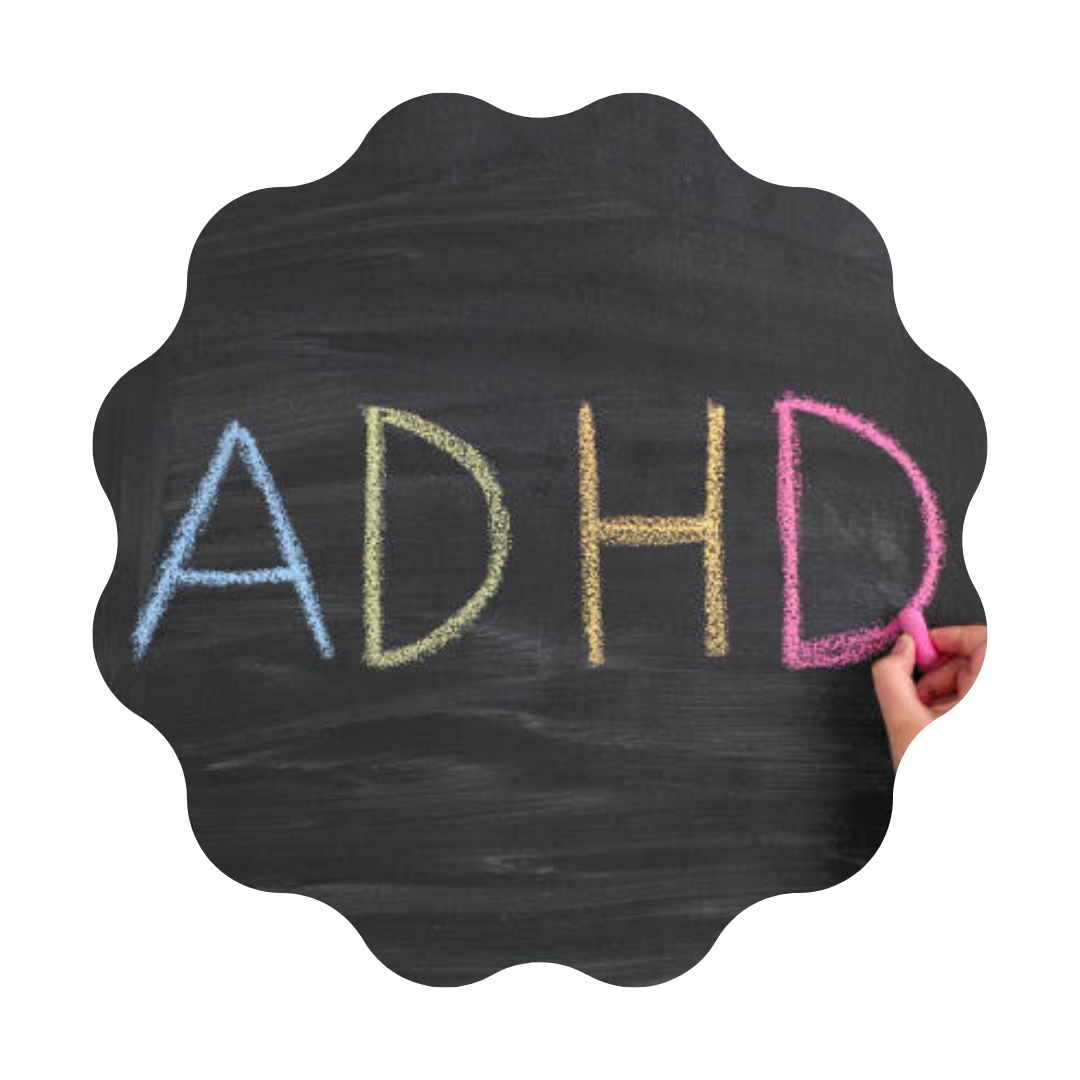 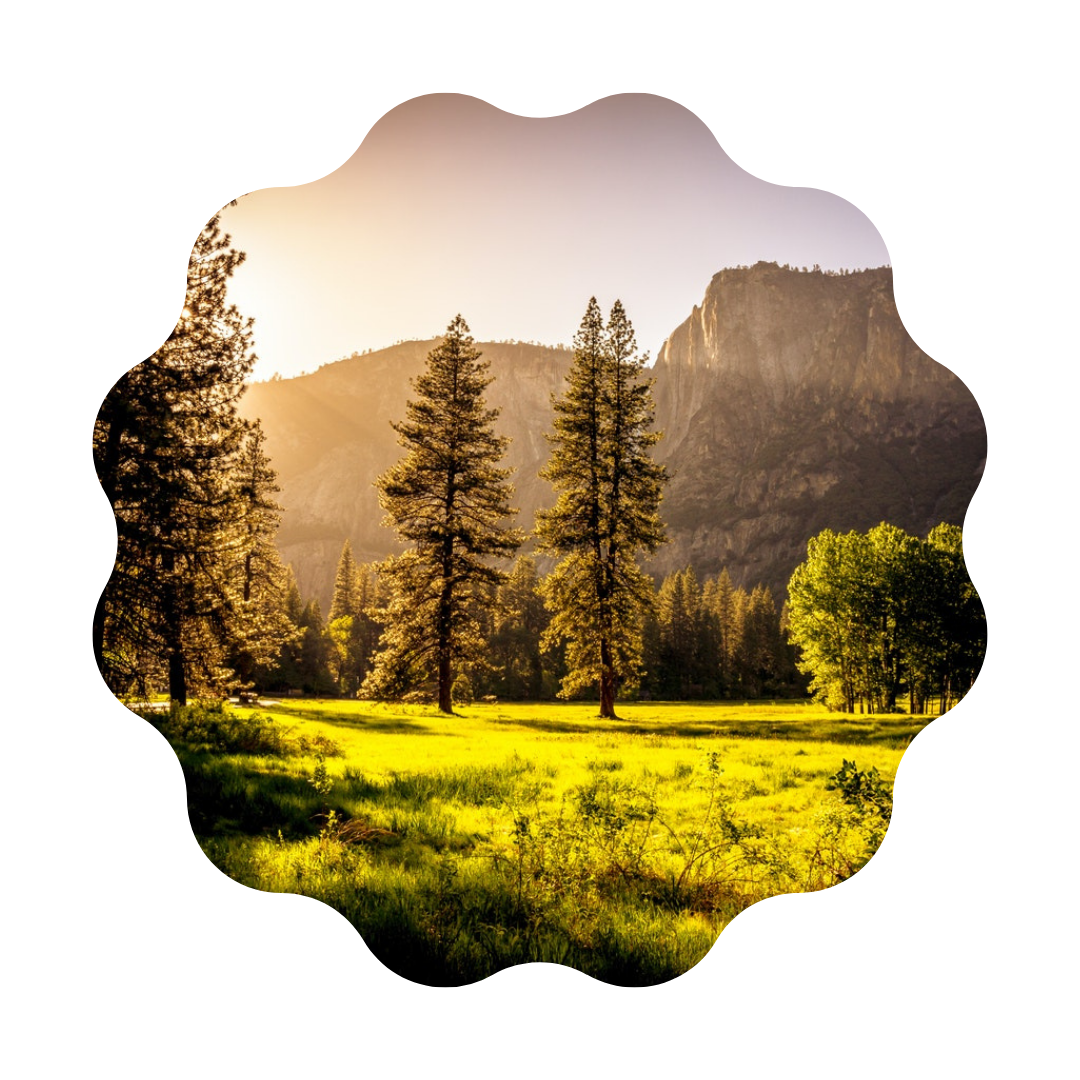 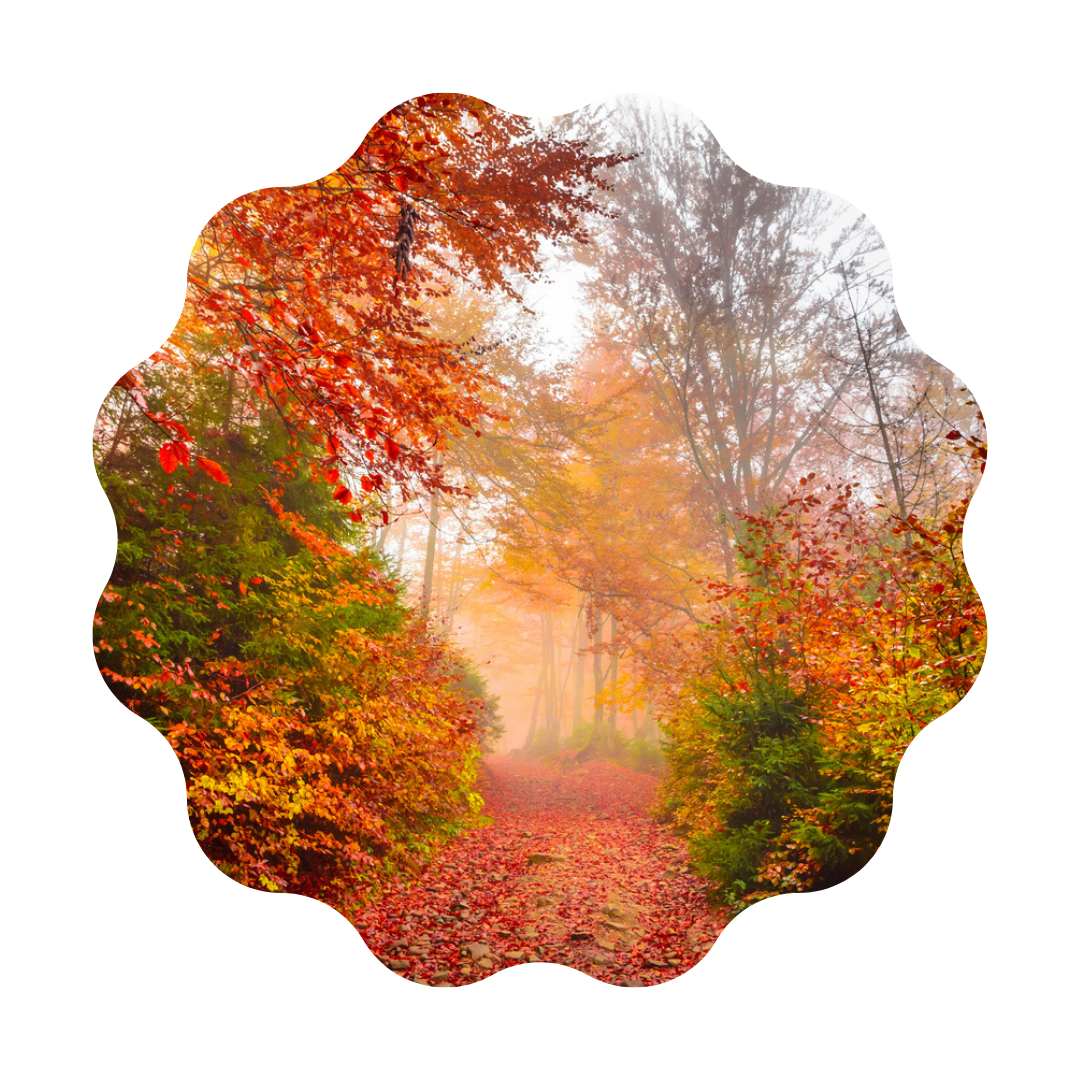 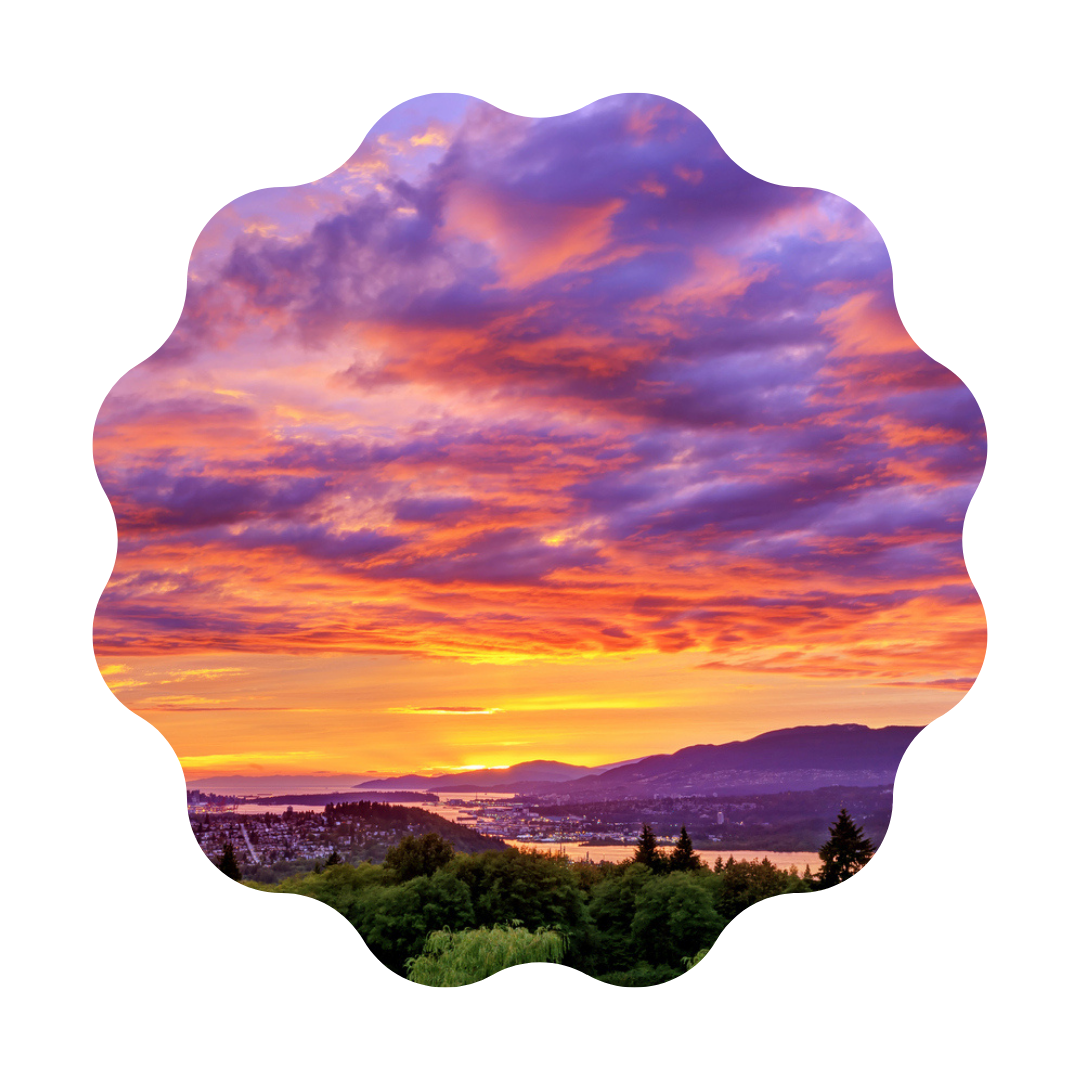 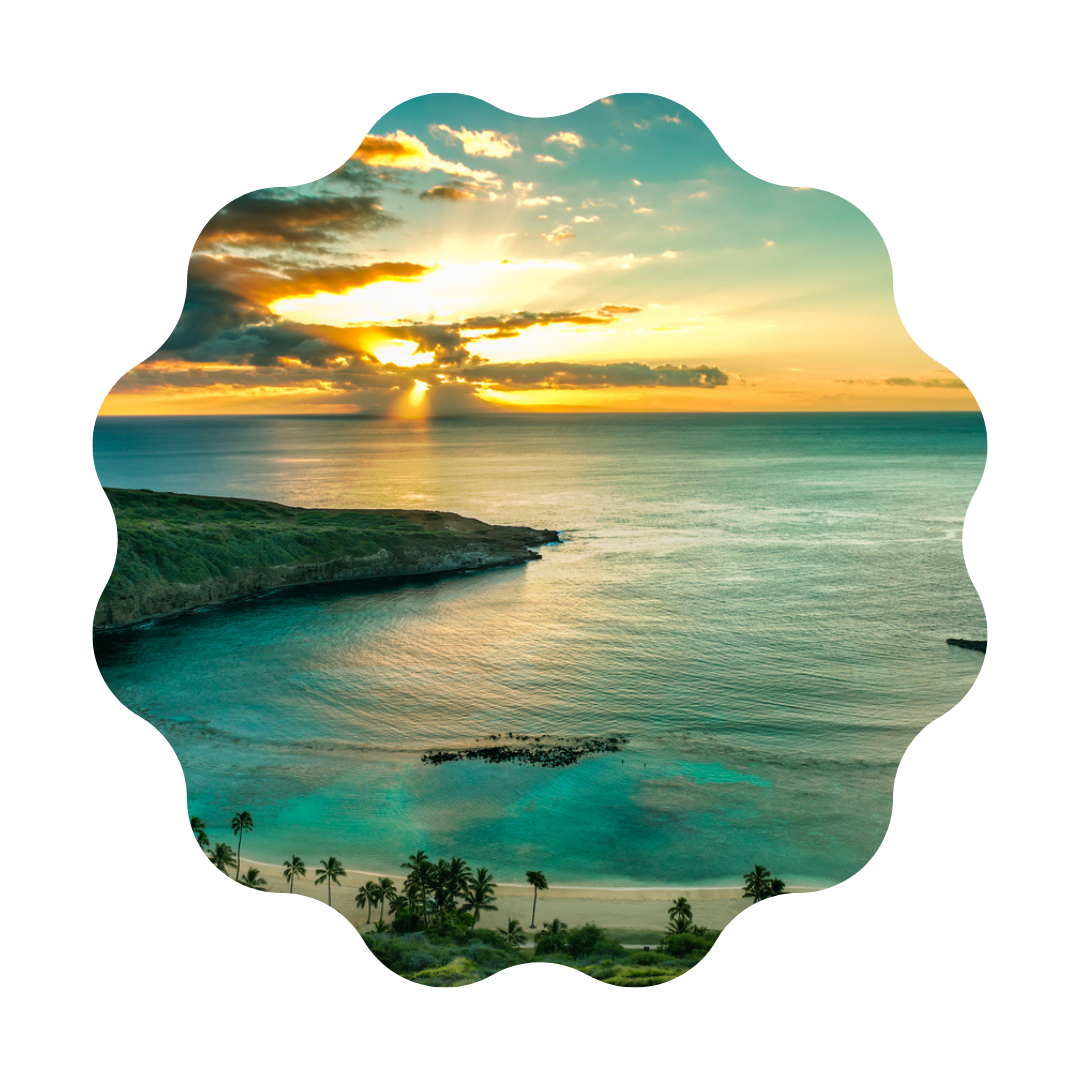 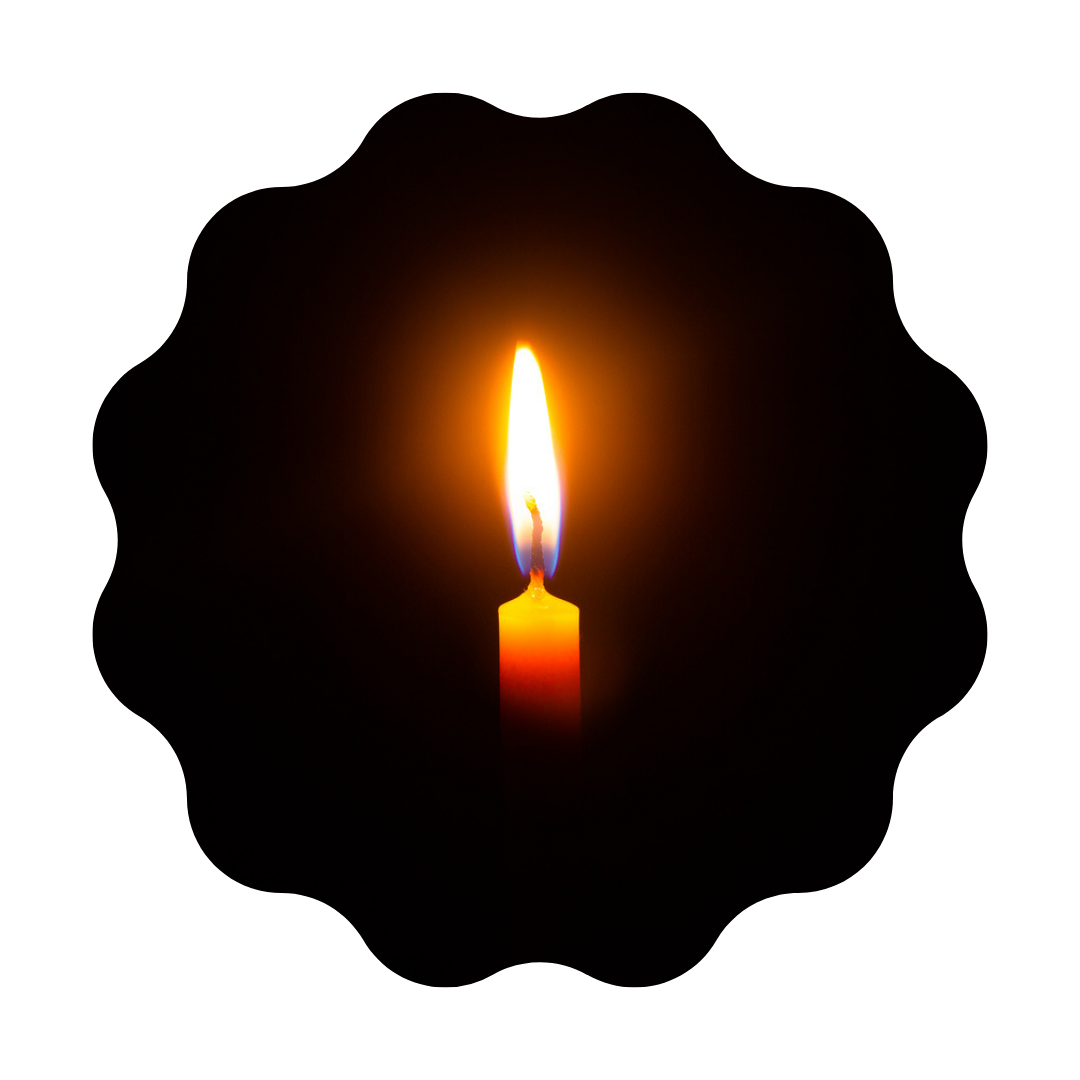 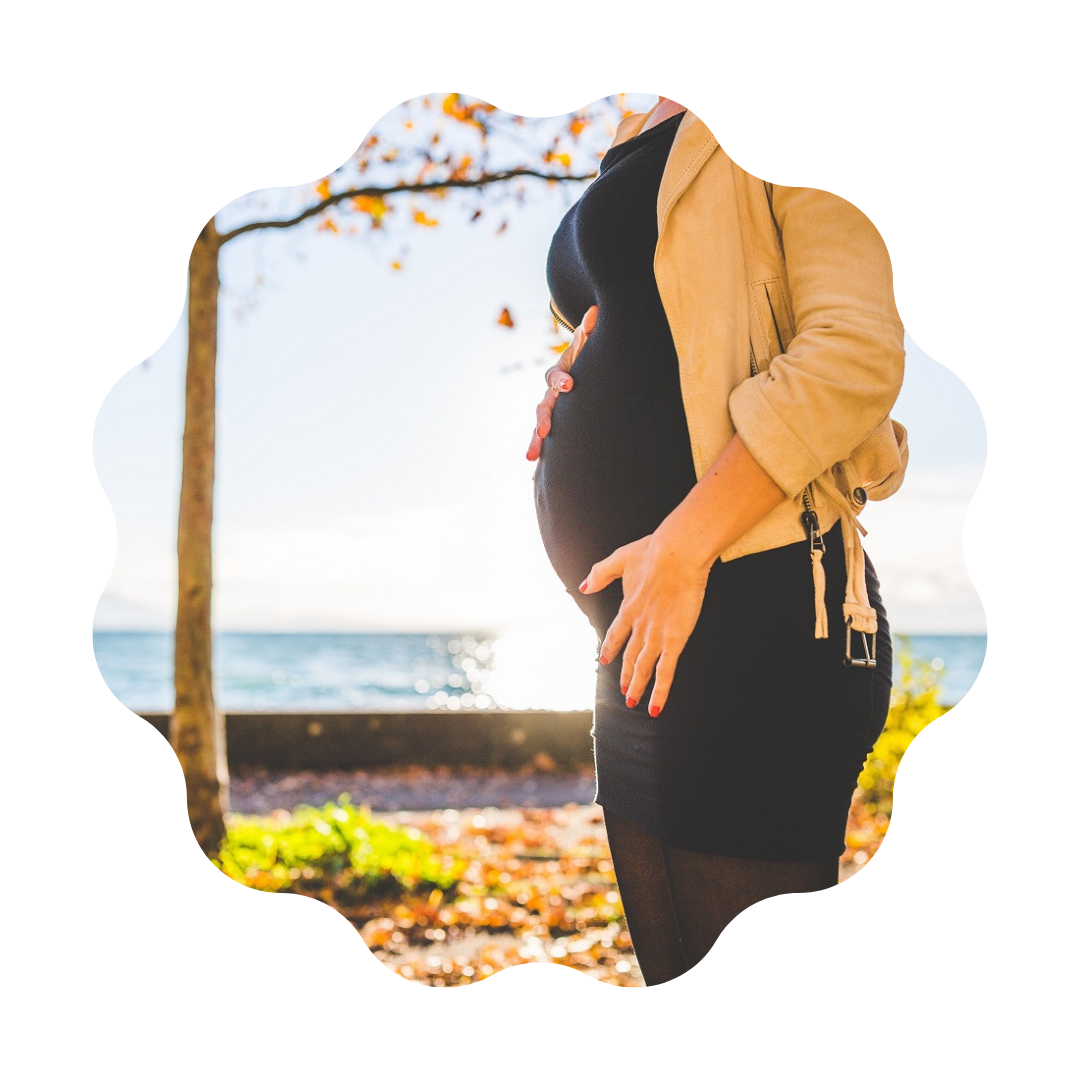 We live on the Traditional Land of the N’Biising First Nation, who are culturally related to the great Anishinaabeg Nation.  The N’Biising, as the first custodians of  the land, were willing to equally share this land, but they were tricked, and then the land was appropriated and stolen from them via the Robinson-Huron Treaty of 1850. The Nishnaabeg People still live here, living between two watersheds, and at a crossroad, for more than seven generations. We find ourselves living at that same crossroad that connects people to the North, and also another crossroad; that of Truth and Reconciliation. We acknowledge recognizing Indigenous Territorial Land is only a small step along our long road towards Reconciliation. We are willing to continue this journey with our N’Biising neighbours, as we weave our paths together along a new path.

We wish to acknowledge our Canadian society is structured by White supremacy, which is something that we all contribute to and prosper from. We recognize the many historical forms of White supremacy that have disenfranchised Black bodies and also Brown and Red bodies in Canada. We acknowledge our personal and professional negligence in understanding and sometimes our avoidance in addressing underlying racism and colonialism in everyday social work practices. We continue to unlearn our racism and to dismantle White supremacy. Through speaking about and educating on White supremacy and racism, we hope to engender a positive appreciation and humanization of Black Lives. In addition, we will create safe spaces within our social work practice that is inclusive, equitable and transparent for all.

Facebook
We use cookies on our website to give you the most relevant experience by remembering your preferences and repeat visits. By clicking “ACCEPT ALL”, you consent to the use of ALL the cookies. However, you may visit "Cookie Settings" to provide a controlled consent.
Cookie SettingsREJECT ALLACCEPT ALL
Manage consent

This website uses cookies to improve your experience while you navigate through the website. Out of these, the cookies that are categorized as necessary are stored on your browser as they are essential for the working of basic functionalities of the website. We also use third-party cookies that help us analyze and understand how you use this website. These cookies will be stored in your browser only with your consent. You also have the option to opt-out of these cookies. But opting out of some of these cookies may affect your browsing experience.
Necessary Always Enabled
Necessary cookies are absolutely essential for the website to function properly. These cookies ensure basic functionalities and security features of the website, anonymously.
Functional
Functional cookies help to perform certain functionalities like sharing the content of the website on social media platforms, collect feedbacks, and other third-party features.
Performance
Performance cookies are used to understand and analyze the key performance indexes of the website which helps in delivering a better user experience for the visitors.
Analytics
Analytical cookies are used to understand how visitors interact with the website. These cookies help provide information on metrics the number of visitors, bounce rate, traffic source, etc.
Advertisement
Advertisement cookies are used to provide visitors with relevant ads and marketing campaigns. These cookies track visitors across websites and collect information to provide customized ads.
Others
Other uncategorized cookies are those that are being analyzed and have not been classified into a category as yet.
SAVE & ACCEPT